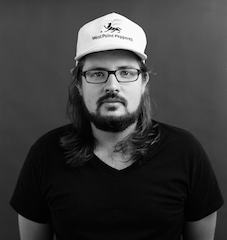 Nashville based stand-up comedian (and former Charleston resident) Dusty Slay has announced the release his sophomore comedy album, Son of a Ditch, and its companion tour.

This album of live comedy tells the stories of a kid with divorced parents, growing up in a trailer park and on a farm in small town Alabama. From kid to man, this album is a “from rags to slightly nicer rags” tale. You can purchase the digital version of the album here.

To celebrate the new release, Slay will hit the road with New York based comedians Evan Berke and Jordan Jensen. CDs will be available for purchase at each show.

Included in that tour is a stop at the Charleston Pour House on Sunday, April 2nd at 9 pm. Tickets can be purchased in advance here.