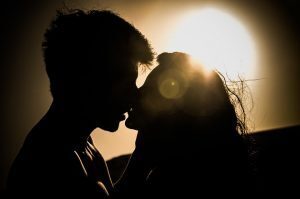 As human beings, we want to experience all that our flesh can give us. Most of us want to take chances, feel extreme sensations, and live our best lives. Already held back by the daily grind of modern living, guys don’t need yet another reason to suffer through blue balls while having dinner. It gets frustrating when solutions to a problem exist but there’s too much of a stigma for them to be acceptable. Case in point: male sex toys, the world’s single greatest pleasure invention and a product that’s steeped in controversy.

The Olden Days of Dick Milking

For example, our great grandfathers were once big fans of using scraped out animal carcasses to enhance their hand jobs (I warned you). Things didn’t get much better after that debacle either. Fast-forward a few hundred years and guys were still desperately seeking the ultimate sensation. Scientists have uncovered ancient fifi-like items that were crafted out of things like hollowed out vegetables, vagina-esque fruits, and pieces of scrap cloth. The prevalence of those devices is so enormous in some regions that the finding made national news. Meanwhile, our society brags about how advanced it is while shaming men for masturbating with more sophisticated supplies. I can’t even.

Contemporary Solutions to an Age-Old Problem

The jury is back and they’ve determined that there’s nothing wrong with a little bump and grind, even if you’re doing it by yourself or with the help of a high-end sex toy. In fact, most doctors now recommend having frequent orgasms to ensure optimal health, so going without a climax for too long can be seriously detrimental to a person’s wellbeing. With that said, isn’t it more shameful to force men into that dangerous situation than it is to just let them take care of the problem with a specialty designed device?

That’s exactly what the rest of today’s society thinks too, which is why the sex toy market has become so monstrous over the last few years. There are thousands of different products made specifically to stimulate the erogenous zones of the male physique, and the good news is that nobody looks at you funny anymore when you use them. Interestingly, these once taboo toys are often presented to partners as gifts and many of them are packaged as such. Consumers can buy their device from a wide variety of highly accessible places too, from local adult entertainment shops and online merchants to doctor’s offices and even pharmacies.

The problem that used to plague pent-up penises is no longer an issue. Just in the last ten years, these machines have been openly discussed on countless public media forums, written about in some of the world’s most popular magazines, and highlighted in books, movies and television shows too. The only people left who seem to have a problem with male sex toys are the ones who haven’t got the memo that they’re mainstream these days. For a majority of modern-day men (and their partners), using specially made pleasure products like these is a right and a responsibility – not just a privilege reserved for peckish perverts. 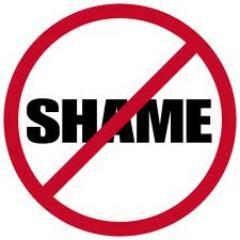 They say variety is the spice of life, and if you don’t agree with that then you should probably get a time machine, go back to the days when men were jerking off with rabbit corpses and call it a day. This next part is for the real men – dudes who want to play the field and shamelessly experience a wide range of powerful sensations that lead up to the best orgasm of their life. Get in the car, losers. We’re getting our dignity back again.

For good measure, let’s be sure you know what your options are. No, you don’t have to choose between rabbit pelts or squirrel stomachs (did I forget to mention that one?). Your selection is much better these days, with the typical sex toy stockade looking something like this:

Designed with your optimal performance levels in mind, stamina training units (or STUs) are favored for their extreme canal lining. As specialized sex toys for men, these bad boys can help with erectile dysfunction (ED), premature ejaculation (PE) and even performance anxiety.

Machines like the Fleshlight Launch and the Autoblow A.I. changed the face of the male sex toy industry by become two of the world’s most pleasurable automatic stroking machines. Their design, and the designs of devices like them, offers customizable hands-free stimulation and sometimes even real-time interaction with a partner via industry-leading technologies.

Tired of jerking off with your shoulder muscles and want to use your hips to thrust instead? Again, you’re not alone. There are now hundreds of different synthetic butts and torsos to choose from, many of which have additional pleasure features like heated canals and integrated vibrations. And for those not wanting to spend the money, some manufacturers now make accessories like shower mounts and sleeve warmers so you can turn your handheld toys into something more realistic without breaking the bank in the process.

AWAY FROM THE TV THIS THANKSGIVING? WATCH THE MACY’S PARADE ONLINE