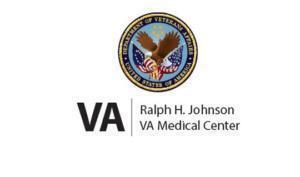 Using an annual web-based report scorecard that measures, evaluates and benchmarks quality and efficiency at its medical centers, the U.S. Department of Veterans Affairs (VA) recently released data that showed significant improvements at the majority of its health care facilities.

Having received a 5-Star rating in fiscal year 2016 and 2017 which demonstrates performance in the top 10 percent of all VA Medical Centers, the Charleston VA continued its track record as one of the best facilities nationally. The Charleston VA showed continued meaningful improvement in its already highly-rated overall quality in the one-year period spanning from quarter two of fiscal year 2017 to quarter two of fiscal year 2018.  As one of the fastest growing facilities nationally, The Ralph H. Johnson VA was also ranked as the most efficient facility amongst VA’s with similar clinical complexity.

“For several years, our VA has consistently delivered the highest quality of care as denoted by our 5-Star designation,” said Charleston VA Director & CEO Scott R. Isaacks. “Our team of world-class health care professionals has worked very hard to achieve and sustain the very best care anywhere for the Veterans we are privileged to serve.  Our team is committed to improving every day because our patients deserve nothing less”

Compared with data from the same period a year ago, the July 2018 release of VA’s Strategic Analytics for Improvement and Learning (SAIL) report showed 103 (71 percent) VA Medical Centers (VAMCs) have improved in overall quality — with the largest gains seen in areas where there were VA-wide improvement initiatives, such as mortality, length of stay and avoidable adverse events. Seven (5 percent) VAMCs had a small decrease in quality.

“This is a major step in the right direction to improving our quality of services for our Veterans,” said VA Secretary Robert Wilkie. “Over the past year, we were able to identify our problems and implement solutions to fixing the issues at 71 percent of our facilities. I’m extremely proud of our employees and the progress they have made to raise VA’s performance for our nation’s heroes.”

The quarterly SAIL report, which has been released publicly since 2015, assesses 25 quality metrics and two efficiency and productivity metrics in areas such as death rate, complications and patient satisfaction, as well as overall efficiency and physician capacity at 146 VAMCs. It is used as an internal learning tool for VA leaders and personnel to pinpoint and study VAMCs with high quality and efficiency scores, both within specific measured areas and overall. The data is also used to identify best practices and develop strategies to help troubled facilities improve.