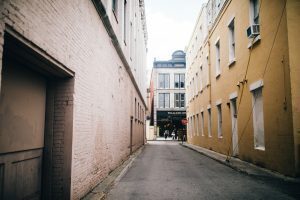 On April 23,  a 19-year-old was fatally shot after a failed robbery in North Charleston. Police credit the swift resolution of the case to a rising security trend in the private sector: home security cameras. Thanks to footage from a nearby resident’s security camera, it was discovered that 19-year-old Henry Trey Norris was killed in self-defense after he tried to rob a man at 5000 block of Garrett Avenue. Security trends like these are, in part, a response to the upward  trajectory of the crime rate in Charleston, which is currently at  302.7 cases per 100,000 population. This crime rate is exemplified by  violent incidents such as these beginning in 2015.
Security with Charleston Businesses
Security cameras allow users to remotely observe what’s going on from their front door, as well as communicate with whoever’s within the premises. They were created in response to the need to communicate with delivery personnel, as well as to discourage package thievery. Primarily marketed to homeowners, it has found a new niche in Charleston in the form of business owners.
Because of the rising frequency of crime incidents in South Carolina, businesses are further investing in more high-tech surveillance solutions to monitor the goings-on outside their establishment. In conjunction with social media, business owners and homeowners who own security cameras have amalgamated into a de facto security network, sharing their camera feeds with one another to communicate the happenings from their front door. This, SC police have determined, is a prime resource to tap into for crime-fighting.
The Crime-fighting Potential of Home Security Cameras
SC police were quick in determining the crime-fighting value after noticing that  surveillance footage was increasingly being shared on neighborhood Facebook pages. This discovery allowed police to rapidly hone in on footage that can help solve an active case. Local businesses have also worked with general security firms and the police to expand the network, according to local security contractor  DSC Security.
With over 200 cameras registered, SC police now have an expansive surveillance network ready to assist in their operations. They can simply request footage from registered individuals in the neighborhood, who have shown to be very compliant. Business owners, alongside other residents, have also banded together to form fully fledged whistleblower groups, further enhancing their communication and crime-watch capabilities.
In the end, the decision largely belongs to business owners. They can always share, curate what they contribute, decline certain requests, or opt-out of contributing to the network altogether.

Six Charleston Stories of the Paranormal