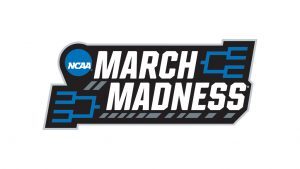 Oh, how the mighty have fallen.

It takes a season to work your way to the top of the AP Polls and just a moment to plummet down the rankings.

The conference tournaments are almost underway. Let’s take a look at the odds from some of the best betting sites and break down the probabilities. Let’s start with the ACC.

Virginia has stayed on top of Duke in the polls, but according to various predictive algorithms, Duke is still not only the favorite to win the ACC tournament but to dance their way to a national title as well.

The Virginia Cavaliers have dominated this season. They have the highest probability of getting the No. 1 seed in the ACC despite the fact that the Tar Heels are 13-2 in conference and in 1st place. So who are the shoe-ins for the ACC Tournament’s top-ten seeds?

It will come down to a battle between Duke and Virginia for the conference championship. Duke is sitting at +180 to win the tournament, while Virginia is just behind at +220. The next closest on the odds boards it UNC at +570.

The Big 12 will have a lot of representation in the NCAA Men’s Tournament come selection Sunday. But who will win the conference tournament? Kansas is the odds leader but Texas Tech outweighs the Jayhawks in all of the predictive power rankings.

Because there are only 10 teams in the Big 12, the most likely seed structure is:

Kansas is a great team and they are favored at +185 despite being ranked behind both Texas Tech and K-State (for now). The Red Raiders are +435 which is some of the best value on the conference tournament betting boards. They are the most probably to win (29%) and you can more than quadruple your money backing them if they do.

Another tough conference this season that will boast a heavy presence during the Big Dance is the Big 10. We are likely to see Michigan State, Purdue, Michigan, and Maryland all with double byes. But the Badgers are biting at the heels of the Terps, just one game behind.

The Spartans and the Boilermakers have the same odds to win the conference at +145. But they are no sure thing with the Wolverines in the mix. And … Maryland at +2800 valuable. They are worth a throwing a few bucks on at 28 to 1. But the Badgers are even more valuable at over 80 to 1. They actually have a slightly higher probability of winning the tournament than the Terps, so … go figure.

Likely top-ten seeding would be:

Michigan State is the most likely team to make it to the championship game. It just comes down to Purdue and Michigan to duke it out for the other spot.

Now that Tennessee has fallen from grace, these three conferences are the most interesting. The SEC will still be fun to watch and will play a major factor in the Big Tournament with Kentucky, LSU, and Tennessee, but these are the three conferences that will have the biggest impact on the National Title (outside of Gonzaga).

BRIDAL EXPOS YOU NEED TO ATTEND NEAR CHARLESTON

Mark Manson Coming to the Gaillard Center on June 18th