ORLANDO, Fla. – Despite getting out to an early first period lead, the South Carolina Stingrays (14-2-1-0) fell short to the Orlando Solar Bears (6-9-3-1) in overtime on Monday night by a final score of 4-3 at the Amway Center.

Klimek gave South Carolina an early 1-0 advantage just 59 seconds into the game, scoring on a wrist shot from the left circle off a feed by Ully. Mark Cooper, who got the play started by winning a battle on the right wall in the offensive zone, was credited with the second assist.

Cherniwchan extended the Stingrays lead to 2-0 with a perfectly placed backhand shot up high into the top shelf of the goal at 9:01 of the first with assists by both Ully and defender Matt Nuttle.

The Solar Bears got on the board late in the opening frame when Jake Coughler scored at 14:26 to cut South Carolina’s advantage to 2-1.

Orlando then tied the game for a brief moment on a power play goal by Blake Kessel at 5:42 of the second period to knot the score at 2-2.

But less than two minutes later, Charbonneau netted a power play goal of his own just seven seconds into a man-advantage opportunity, scoring from forward Mitch Vanderlaan and defender Kristofers Bindulis at 7:20 of the second to put South Carolina back in front at 3-2.

During the opening minute of the third, Orlando’s Trevor Olson got his team even once again with a goal at 53 seconds of the period to tie the game at 3-3.

Then in the final minute of the third, South Carolina looked to have had a potential deciding goal when Dan DeSalvo rushed through the Solar Bears zone and directed the puck into the net. But the goal was initially waved off and later officially disallowed after video review.

Orlando’s Tristin Langan scored the game-winner at 2:38 of overtime to secure the extra point for the Solar Bears.

Zachary Fucale earned the win in net for Orlando with 24 saves, while goaltender Parker Milner got the start for the Stingrays and took the loss despite turning aside 35 Solar Bear shot attempts.

Both clubs surrendered one power play goal in the game with South Carolina finishing 1-for-6 on the man-advantage and Orlando ending at 1-for-4. The Solar Bears had the edge in shots on goal in the contest by a 39-27 margin.

NEXT GAME
The Stingrays continue their week-long road swing on Wednesday night in Georgia when they face the Atlanta Gladiators at the Infinite Energy Center at 7:05 p.m.

The Stingrays return home for five games in December! Tickets for all of the team’s upcoming 2019-20 home contests are on sale now via Ticketmaster. 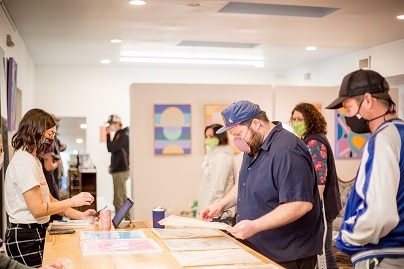