If you haven’t heard by now, the rock band Phish will be making their return to the North Charleston Coliseum this weekend for the final 3 nights of their fall tour. To give you a brief summary of the band’s history, they formed while attending the University of Vermont in Burlington way back in 1983. They currently consist of 4 members: Trey Anastasio (guitar, vocals), Jon Fishman (drums), Mike Gordon (bass guitar), and Page McConnell (keyboards). They used to travel all over the country doing multiple tours per year and created a rabid, cult following. They now only do a large, nationwide summer tour every year, but every 3 years or so, they will pepper in a shorter Fall tour. Luckily, Charleston has been on that list every time since I moved here back in 2009. While Charleston has been lucky enough to get a bid for almost every fall tour, this is the first year they have played in Charleston three nights in a row as their tour closer.

Phish doesn’t stick to just one genre as they constantly shift to and fro exemplifying many styles of the musical palate. Although commonly referred to as a “jamband,” their improvisational playing allows them to switch gears, from rock, to jazz, bluegrass, reggae, funk, barbershop quartet arrangements, and the list goes on and on. Overall, they are improvisational arena rock for the masses.

As I mentioned, the band has grown quite the following over the past 36 years. Not surprisingly, when tickets go on sale, they are snatched up very quickly usually within minutes (thanks to the illegal Ticketmaster scalping bots). They also do a lottery-style presale to allow their “phans” the opportunity to get tickets before the regular on-sale date through Ticketmaster. This year I was one of the lucky few who acquired 2 Sunday tickets through the lottery and 2 Saturday tickets through Ticketmaster when they went on sale back in August. That just left Friday tickets that I needed. I had plenty of time to be on the lookout for those needing to sell their tickets that couldn’t make the shows. Easy right?

There are several ticket broker sites, the most common one being StubHub, which was recently bought for over $4 billion. They generally have tickets available for sale anywhere from face value to over $400-500 or even more for big name artists. Think Ariana Grande or Beyonce. Then, there is the more moderately-priced site CashOrTrade.org, which was set up as a non-profit organization allowing fans to sell their extra tickets as long as they do not price them higher than the price they initially paid aka “face value.” Their slogan is even “embrace the face.” You can also trade the tickets you have for tickets of a similar value. For instance, if you winded up purchasing an extra Saturday ticket but still need a Friday, you can make an offer to trade. You can even set up notifications to alert your phone/email when a new post comes up with the specific ticket you are looking for. After setting up my notifications and religiously watching the site (and my phone) like a hawk for the past 4 months and religiously watching my phone for when new notifications come in, you would think I would have been able to grab an extra Friday ticket (or two), right? Wrong. It is like searching for the Holy Grail. I would literally respond back to a post within 10-15 seconds of it coming up and still probably be the fourth or fifth person. It’s literally like the days of the Wild, Wild West and you have to have the fastest trigger. 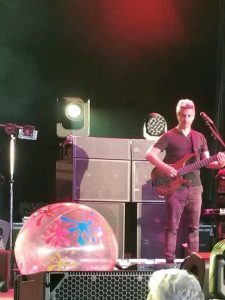 Then, you have the Craigslist ads which used to be quite reliable in recent years. However, nowadays almost every single post is a scam. There are even posts with 843 area codes that say they are in town or local. If they agree to speak with you over the phone, you might detect a thick northern accent. They will usually give you some hogwash about how they are out of town for the next fe days and really need to sell these tickets. It’s very simple, just set up a Google Pay or Apple Pay account, the scammer will send you a funds transfer request, and you send the amount they are asking for the ticket. You will try to call them back and it goes straight to VM. By the way, they have given you a fake name and most likely a fake number. If you are the victim of any of these scams (like my best friend was), please report them immediately to the Charleston Police Department as well as Craigslist to prevent these cyberpunks from taking advantage of someone else.

Finally, your best (and most reliable) option would be to get to the parking lot early each day (I suggest 4:20 pm), put 1 finger in the air and walk feverishly up and down the rows of vendors (aka Shakedown Street, alley, whatever), and say a silent prayer to the ticket Gods. The key here is to not stress over it and simply believe that you will score a “miracle” no matter what. If the God are in your favor, then, you will be granted your wish.

What happened with me and my Friday? I “phinally” caved and bought mine off StubHub on Cyber Monday because they were offering a 15% off your purchase. With the normal price being $86 after fees for each night, I winded up paying approximately $200 with fees and ticket insurance. It simply isn’t worth the stress for an aging phan such as myself. You can bet your sweet ass that you will see me on the lot “with a ticket stub in my hand!” Good luck out there buckaroos, you’re definitely going to need it!

Tony Bennett to Perform at the Gaillard Center in February