UPDATE – 3/21/20: This event has been postponed. A new date will be announced at a later time. 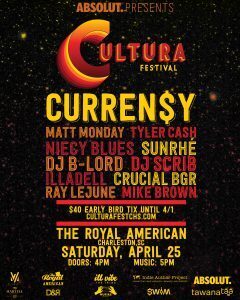 Cultura Festival is Charleston’s new and exclusive Hip-Hop, Dance, and R&B festival. The festival is a collaborative event between Murias Entertainment (Charles Carmody), S.W.I.M.- Southern Wealth in Music (Matt “Monday” Bostic), and The Royal American (John Kenney). The festival takes place Saturday, April 25th, 2020 in The Royal American’s parking lot, and will operate from 4 pm to 11 pm with performances from 10 of Charleston’s best young musical acts, plus a special performance by national act Curren$y.

Headlining the event will be mutli-tiered rapper/artist Curren$y. Curren$y, who was the first artist signed to Lil Wayne’s Young Money Label, has since gone on to have one of the most consistent musical outputs of any hip hop artist currently living. For the first time in eight years, the New Orleans-based rapper will return to Charleston.

“Curren$y was one of the first shows I opened for when I started performing so it’s exciting to have him headline the festival and see everything come full circle”, said Matt Monday, founder of Cultura.

The festival also offers a variety of activities to participate in such as an arcade, vendor market, food trucks, a pop-up barbershop and more, all in The Royal American’s parking lot. Cultura Festival is dedicated to providing a quality platform where artists can peacefully showcase and share the true culture of Charleston at an affordable rate for the guests.  We intend to create a joyful environment through dance, music, and great vibes. The popular arcade tent will be back this year, and we will be announcing some exciting vendors and food trucks over the next month.

“After the response from last year, we knew we wanted to bring the festival back and make it bigger,” Matt Monday said. “We’re excited to see how it will grow organically and continue to contribute to the music scene in Charleston.” 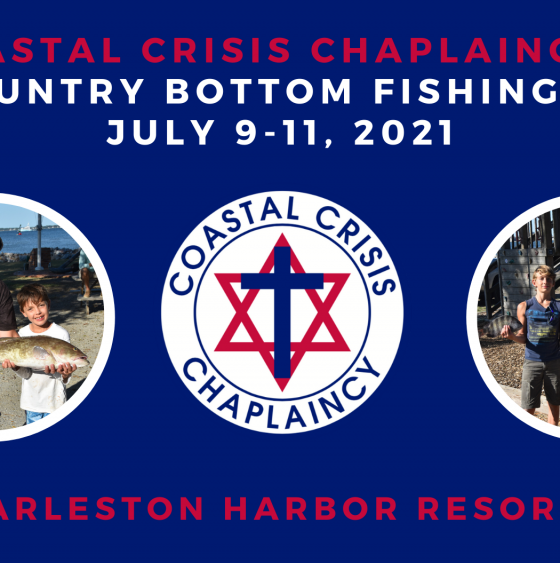 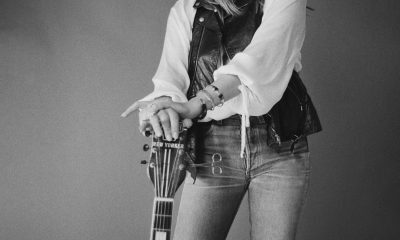